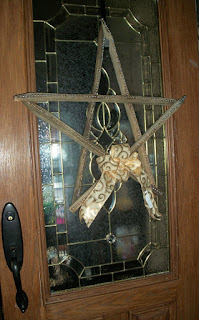 Here is my Tobacco Stick Star

I used some of the old tobacco sticks I had laying around.
I had my husband nail them with a nail gun in the shape of stars.

The basic star pattern, laid out on the ground.

For decoration, I added a handmade bow and glued on some gold beads and here you have it.

But after looking at it with the beads, I really prefer it plain with some homespun ribbon instead of the fancy, gold bow.

Here are a few more tobacco stick stars that I made without anything fancy:

Here is a larger tobacco stick star that I had him nail together so I could stick it around behind my flowers for interest. 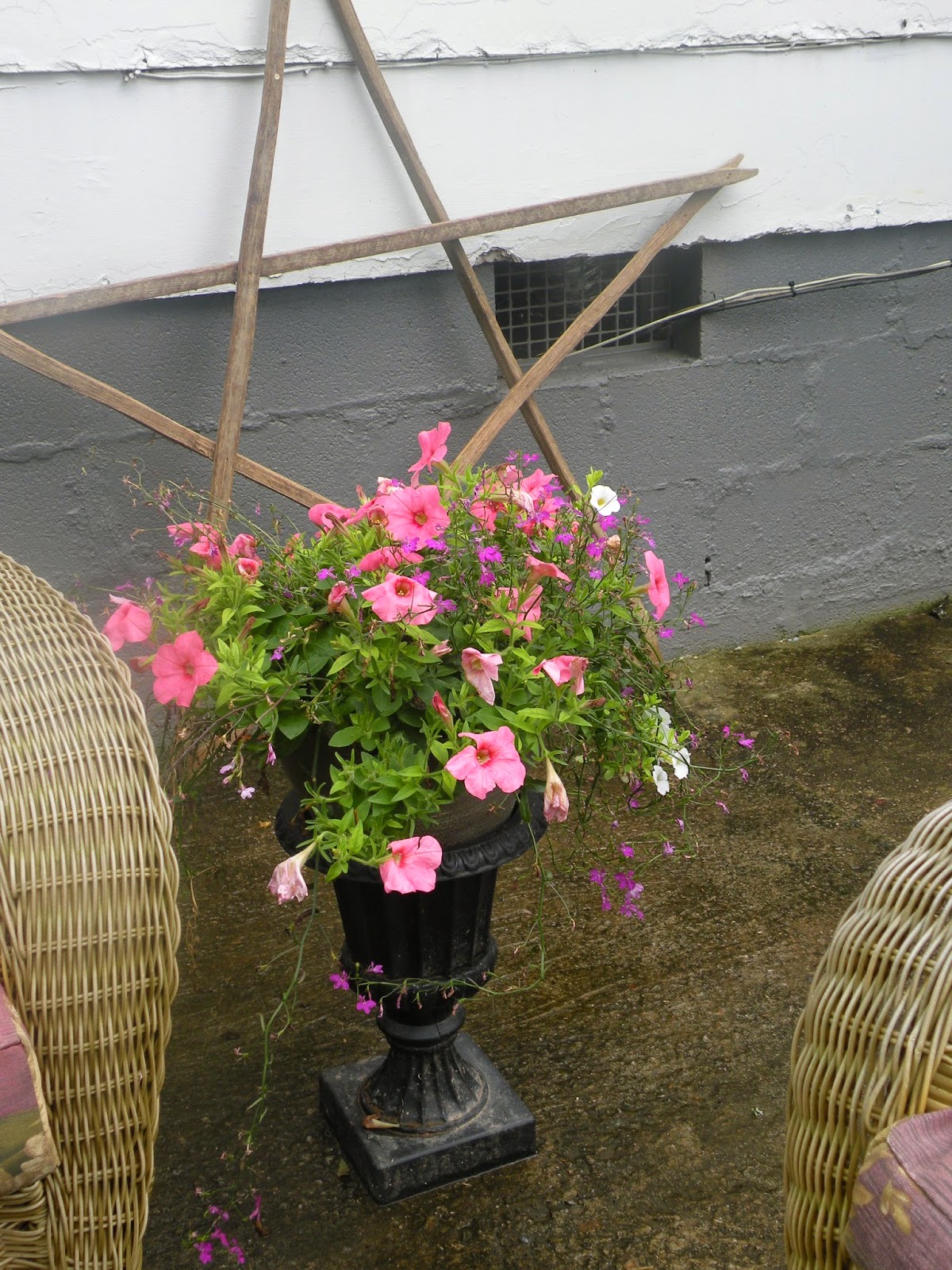 For those of you that don't know what a tobacco stick is. It is actual sticks that are sharpened to a point on each end.
They were used when growing fields of tobacco.
And after the cutting of the tobacco in the fields, the sticks (along with spears on the ends) would be shoved through the stalks of the tobacco, one by one, until the sticks were full of tobacco, and then that is how the tobacco was hung in the barns to cure.
Anyways, I cut the ends of each stick (because they are pretty long) and shortened them to make a small enough star for my door.