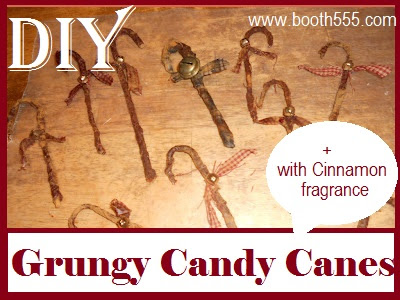 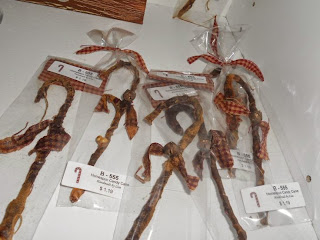 I am sooo into the Christmas mood this week! I've been doing jingle bells and snowmen and now these homespun & cinnamon wax dipped candy canes. I kinda just figured I'd try something different with these skinny little homespun canes I made earlier.

I had the idea from when I recently dipped my large jingle bells in wax and they turned out pretty neat. I wasn't happy with how thin these candy canes were anyways, so I didn't have anything to lose by giving it a shot.

Here's how I did these:

First I made my own candy cane with some craft wire I had. And a long skinny pick, made of wood. I call them skews. They are in the kitchen section and you make kabobs with them.
I just used the wire and shaped a tip of a candy cane and then wrapped it onto the skewer.
Then I just simply covered it with the cloth, by twisting the fabric from one end to the other.
Holding it in place with hot glue. 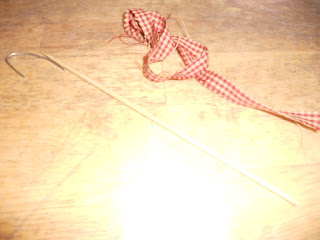 Then dipped them into the cinnamon candle I had melted, sitting on the candle warmer.

I then laid them on the wax paper and lightly dusted them again with a mixture of cinnamon and nutmeg. 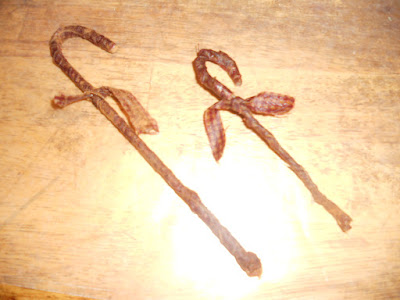 After they dried, I used my hot glue gun and glued on some tiny jingle bells. 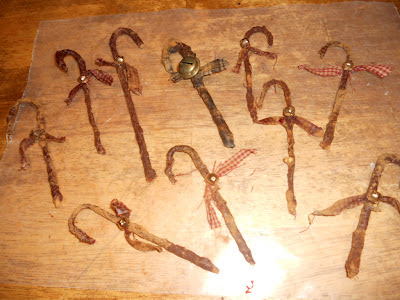 After the first batch, I began to paint the jingle bells a rusty brown color. And they looked much better! 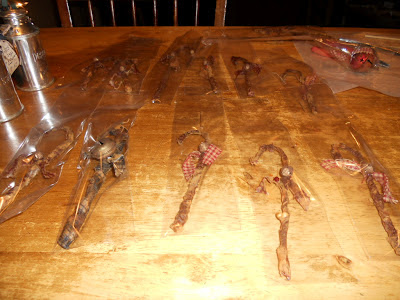 Then I packaged each one in individual wrappers so they will retain the cinnamon smell while waiting on someone to pick them out to go on their country tree! 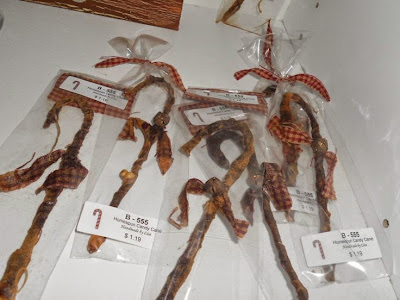 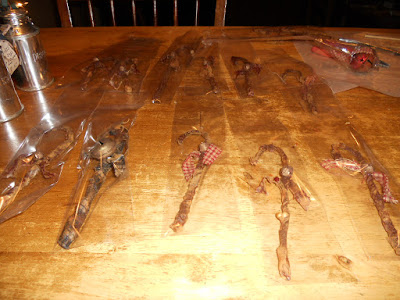 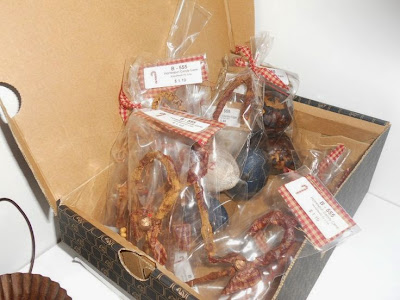 And the above picture is a mixed box of them on their way to my ebay CraftBooth555 where they can be purchased.