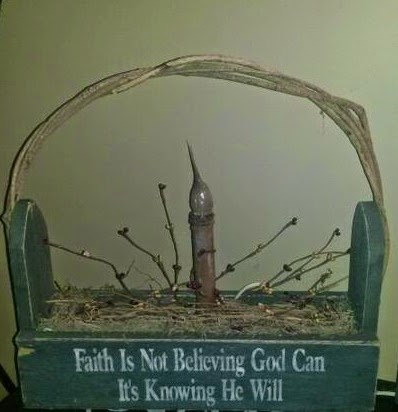 In needing a grubby taper for one of my crafts, I figured I'd just try and make one.

Here's how it went. And it was super simple!

As you can see, I had to remove the bottom flat piece of the taper with pliers because I needed it to stick securely in foam. Totally optional and I'm pretty sure most of you won't need to do that.

Then I simply took some mod podge, brushed it on the entire taper with a small paint brush. I held it over a paper plate to hold back the mess. 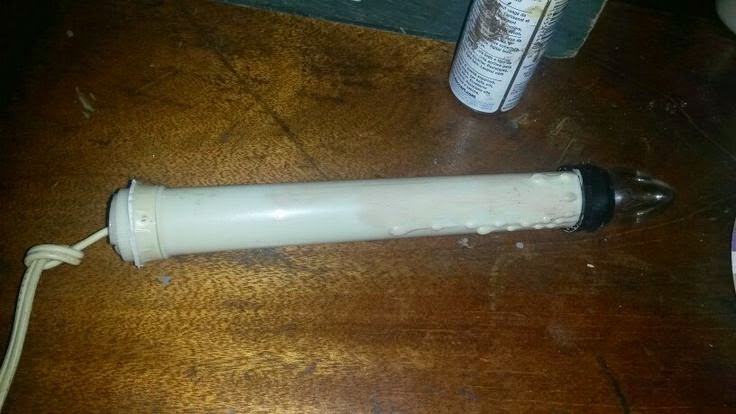 And then while it was still wet with mod podge, I simply sprinkled some .50cent bottle of Dollar Store cinnamon all around the taper. 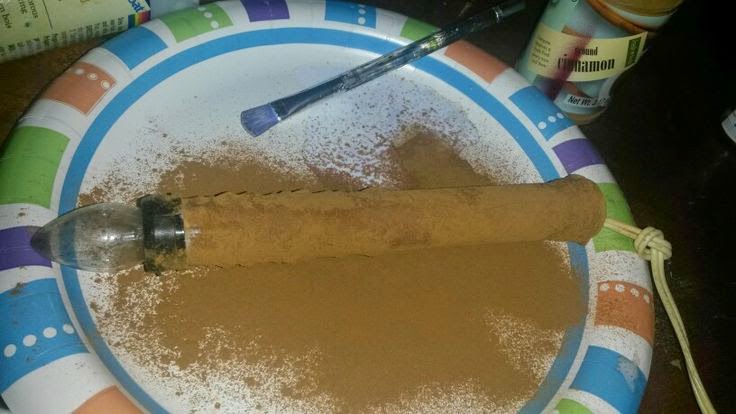 And then I found a place that I could hang it up to dry for the first time.
And after it was mostly dry and not falling off all over the place. I gave it a second, huge helping coat of mod podge all over the top of the cinnamon this time. And this way, it will seal up the cinnamon and keep it from trying to come off on our hands. 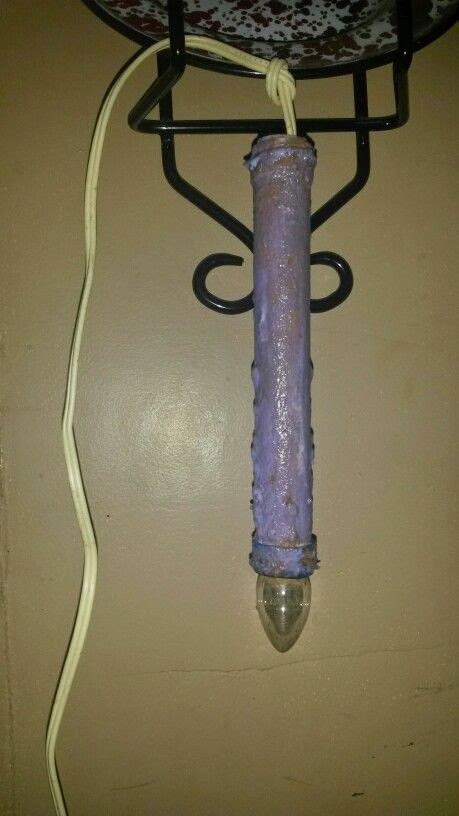 After the mod podge dried, which only took about an hour, it was ready.

One more thing I did was replace the bland looking light with a grubby one I recently made to make it look more prim.

And here it is in my craft project that I needed it for. 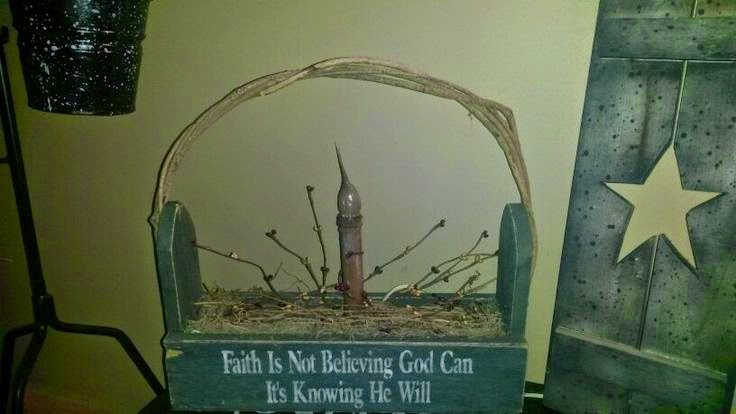 I'm happy with it, and best of all I didn't have to go out and buy another item to finish my old tool box craft.