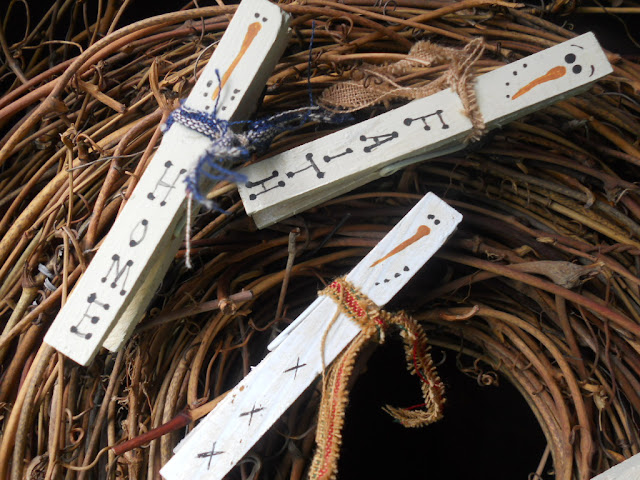 I wanna share another great idea which spawned from eyeballs by day, crafts by night. She had used some mini clothespins and painted super cute snowmen on them. Then used them as mini clippies. Well, I've been making a lot of magnets lately so I wondered if I could get a strong enough magnet on these and it be able to hold notes and such on a refrigerator without falling, without looking silly. 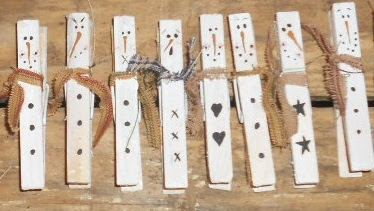 And here's how I started. Here's the plain wooden clothespins found at the Dollar Mart for $1.19 for a pack of 50! SUPER DEAL!
First, I spray painted them all white in the Rustoleam brand from Walmart. Waited for that to dry, flipped them over, sprayed the backs. 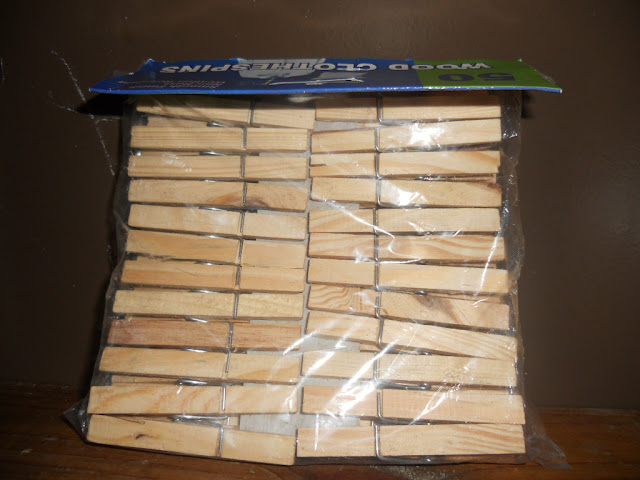 And then I began to paint the cute little faces. Seriously, I mean I painted 100 of these little guys without giving up, my arm went numb lol.. To make the little faces, I referred to the ones in the blog above, eyeballs by day, crafts by night. All I really changed in this pic was some stars and hearts as the buttons. And now and then added different facial features because after about 50 in a row, the cute smiles got old. lol. So some I made frown and kinda grumpy like. :-) 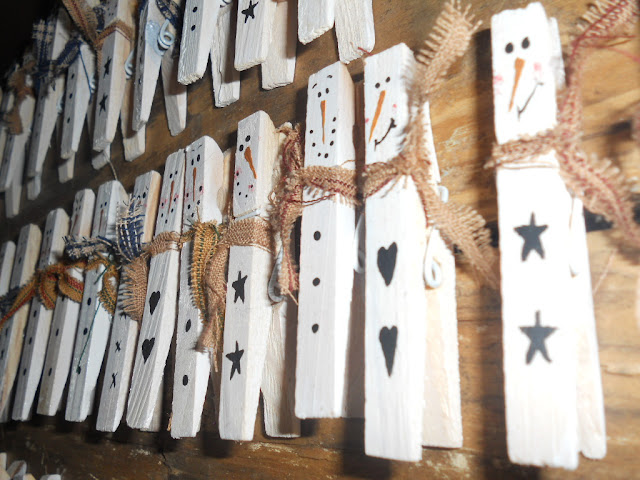 And here's another pic of even some more...... But in these notice that I gave them an added hat to match their scarfs! 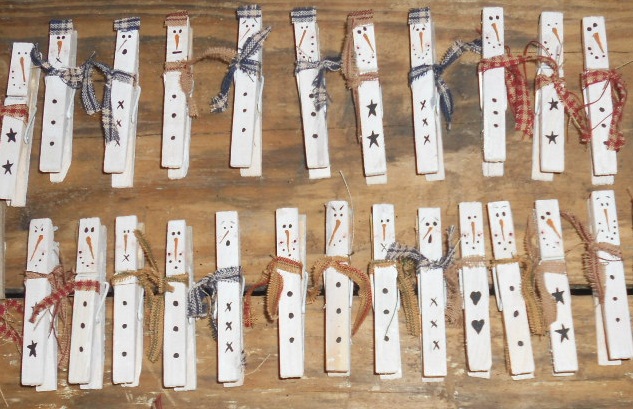 And finally after I got all the painting and adding the scarfs (pieces of old homespun) and optional hats, I began to attach the magnets. I tried two types of magnets, first the kind that comes on a big roll in the crafts department and is easily cut-able: 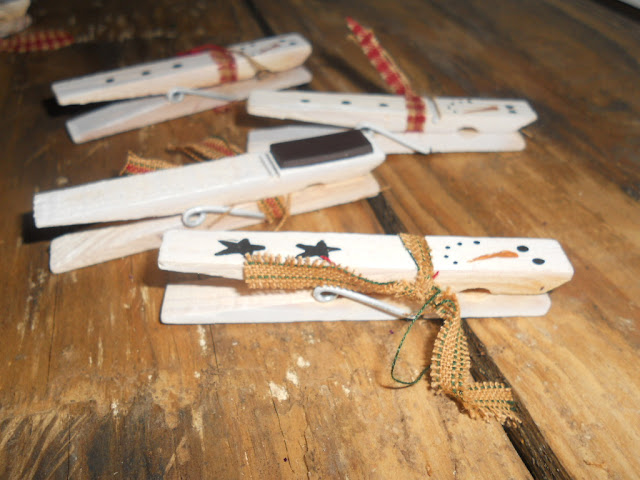 Which I learned that when I stick it on the fridge with a note, it didnt hold so well. So then I tried the round, more sturdy, .75 inch magnet. Found at Michaels which contain 50 magnets for somewhere around $3. I love these. They are super strong, but I had to take scissors and cut in half so it didnt look bad. But that was great, cause in the end, I got 100 strong magnets outta a pack of 50! Whoo hoo to saving money!
For some reason I can't find a pic of these on the back, but they did not look bad at all. I just tried to cut super straight because cutting magnets with a small set of scissors is not easy. lol.

And here's a few more pics, just because I love how these little guys turned out. lol. Hope you do too! 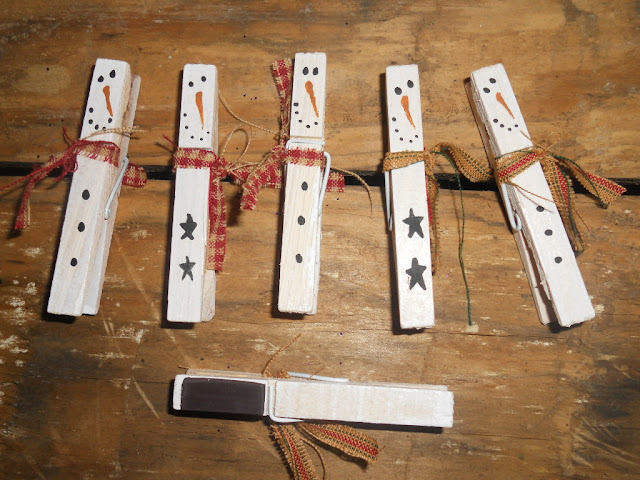 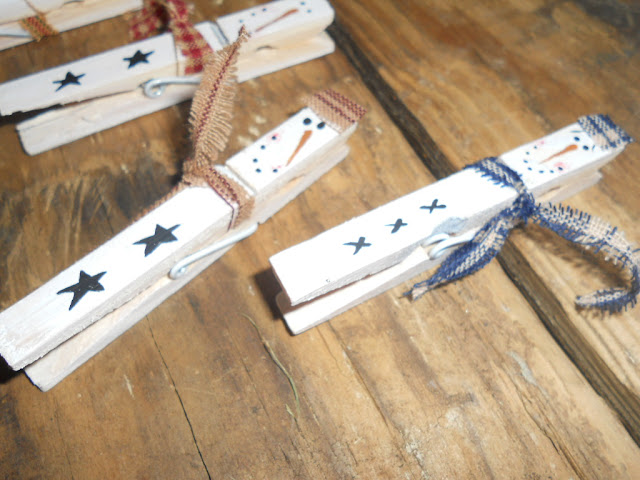 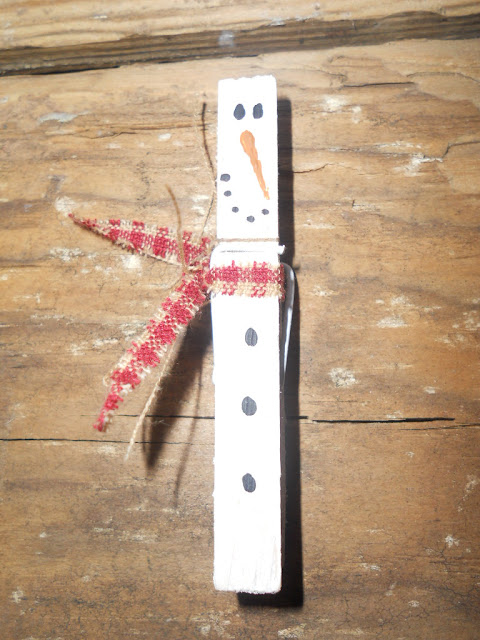 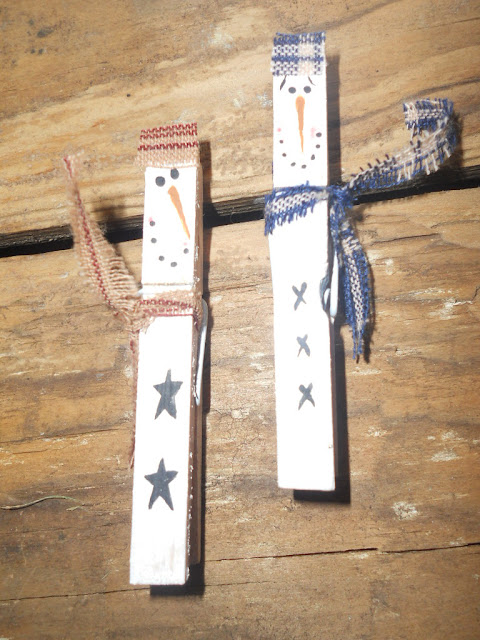 Price, after handpainting each and giving them their own personality :-)  lol :  $1.00
& remember, they have high quality magnets on the back and will hold papers on the fridge

Here they are after they are packaged and ready for sale in my Booth #555: 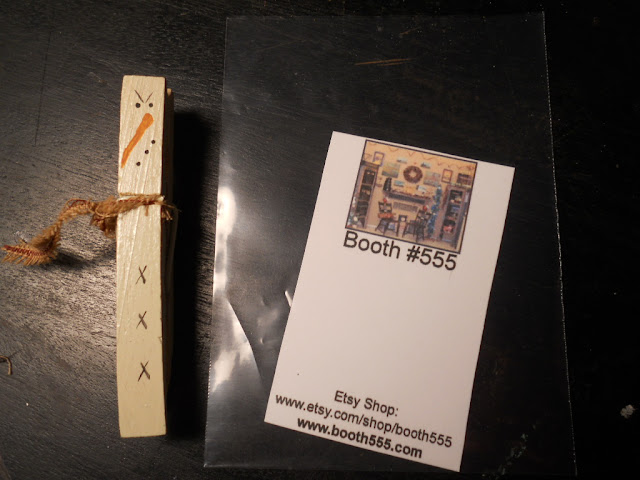 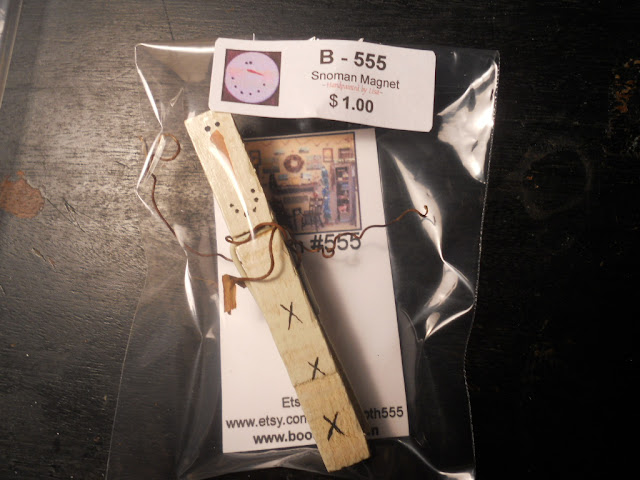 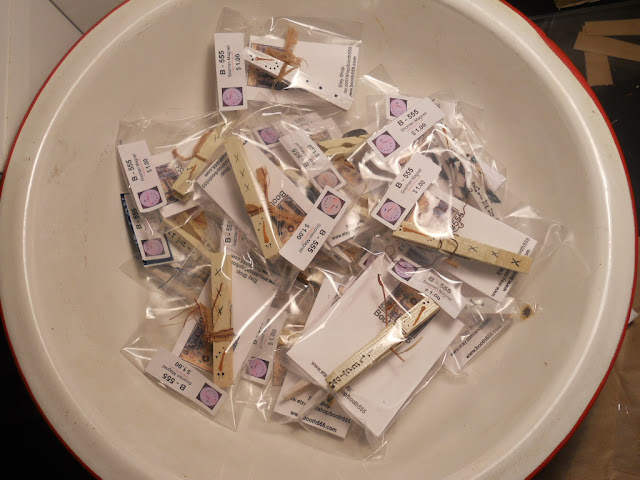 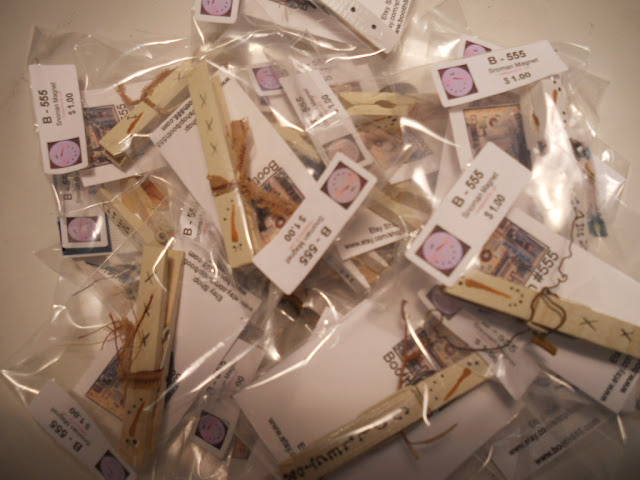 I make a lil cardstock printout with the booth id and link to my etsy shop as an insert. That way, if it is givin as a gift, they have a reference to where to purchase more. (That is "IF" I can ever get around to posting them!) Note: on a few of them, in trying something new, I put a piece of grapevine through the center, and it looked like snowmen arms. (Far right corner of last pic above.)

I also went back, after taking these pics and added a piece of homespun to the top left corner of each packet. It just was needing something more cute n' country, I thought. lol. 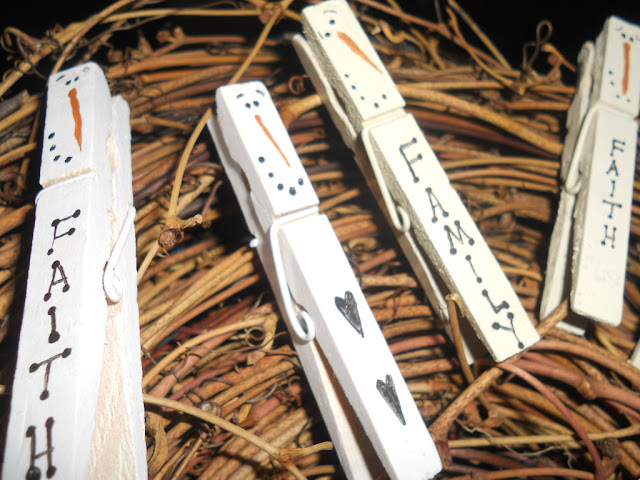 Update: Here's a link to the next batch I made which have the words Faith, Family, Friends and more on them: Snowmen Clothespin Magnets 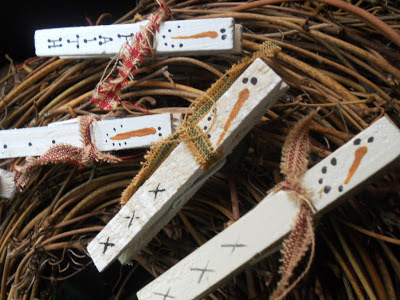