DIY How To Make GRUNGY TEA-LIGHTS 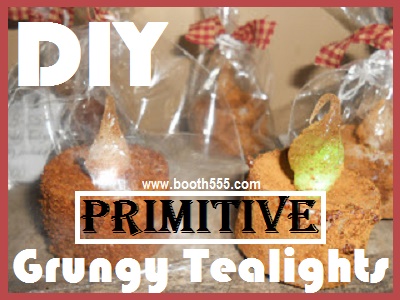 I started off with these plain white, battery operated tea-lights. Unfortunately, I didn't know they lit up green until I got the entire case of them home....
But since I made these around the Christmas holiday, I didn't mind. 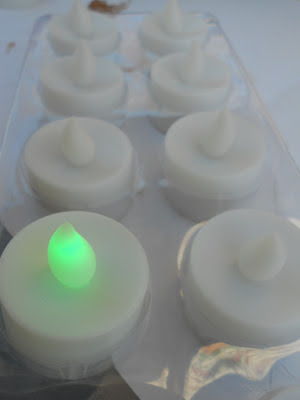 First thing I did was give the "flame" a more country look. Especially since I realized they lit up green. lol. I took some clear silicone (the higher priced one, not the white caulk kind) and mixed in some cinnamon spice in a throw away bowl. 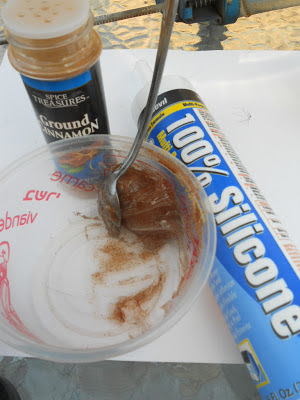 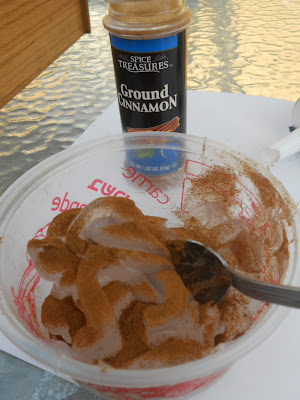 Just mix it until it's a nice smooth brown color. No real recipe here. Just play around with it. It should look something like this: 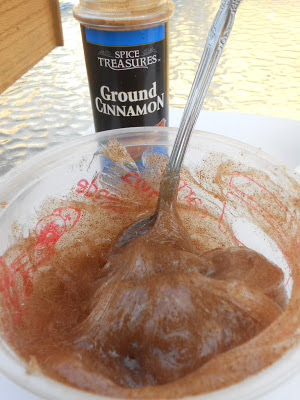 Then I took the little candles, one by one, and hand dipped each flame. I just stuck it in, twirled it once and pulled it straight out, in an upward motion. Kinda fast, so that it gives a nice tip to the flame. 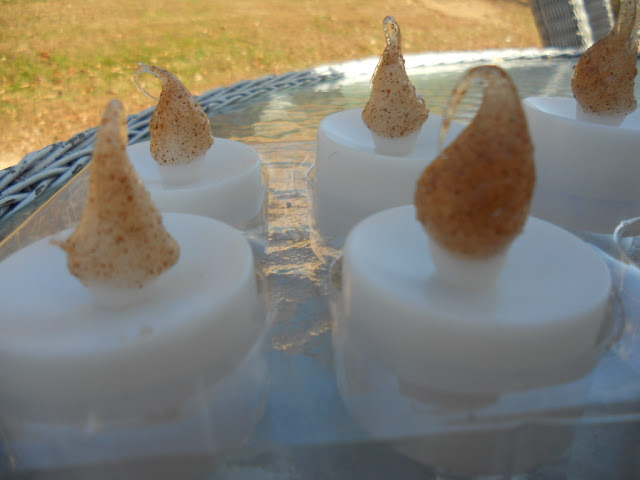 I let them sit and dry in the sun for a few hours. It took longer than I thought for the 100% silicone to dry. But well worth the time.

Then after they were finally dry, I took them inside and got together a mixture of Mod Podge and Cinnamon. I just kinda mixed it together on a piece of wax paper. Little at a time as I used it like so: 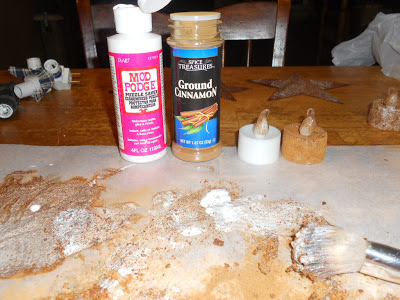 And I dapped it on with a large, fluffy brush, all around the base of the battery operated tea-light. 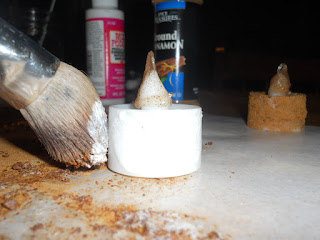 But as you see in the pic above, the cinnamon wasn't really clinging to the base. So then I even added a few extra shakes of the cinnamon straight to the candle to make it more grungy, while the Mod Podge was still wet. 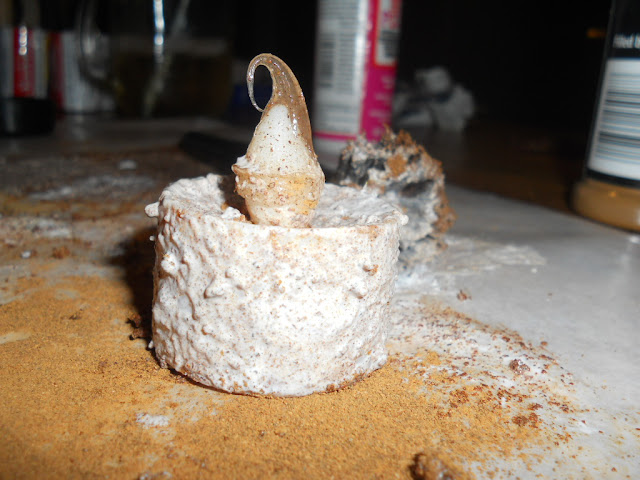 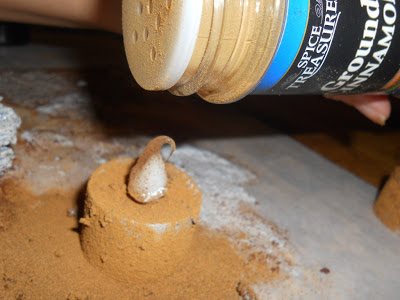 Keep in mind, you can keep layering the candle base with these steps. And even can get the stuff on the bulb as I did in the pic above, it didn't hurt. Being as it was basically the same mixture, it blended right in.

And here they are afterwards. Some I sealed with an extra coat of Mod Podge and others I left with the dry Cinnamon look. I really prefer the ones on the left in this pic below. I think the Mod Podge gave it a more finished look. 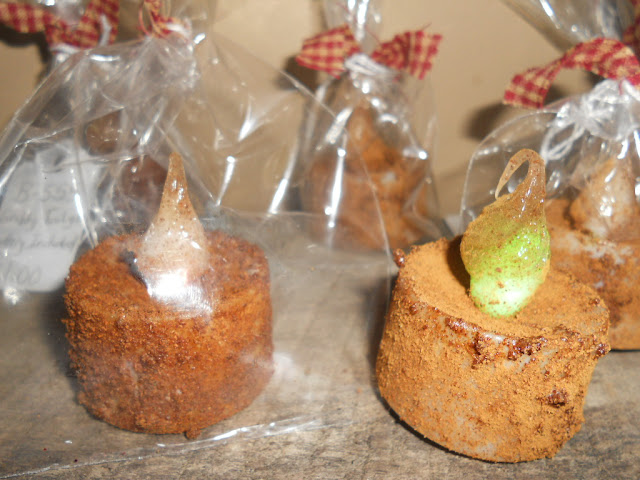 And here's a few more pics of the finished project. Since for some reason, I snapped like a billion pics of them. lol. It was a great project to do though. Easy and fun. A definite, "you can't mess up" project. My fav. kind... 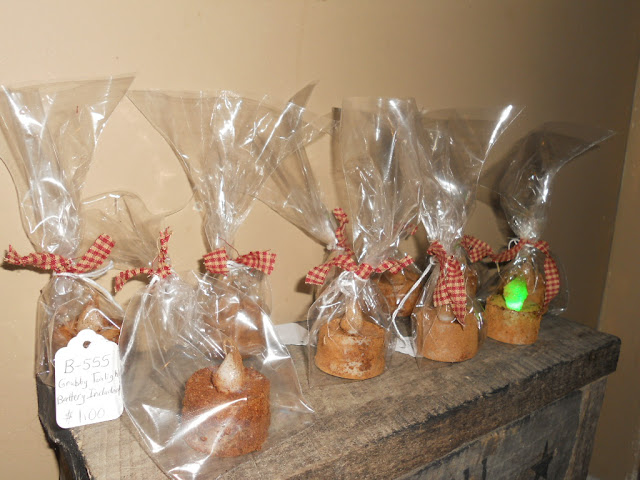 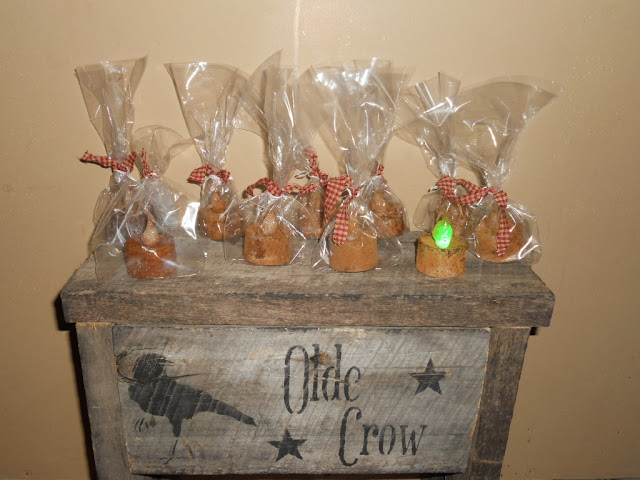 As you see, for a more finished touch for packaging for my Booth #555 at the Peddlers Mall, I put each in it's own plastic bag.
I get these bags at Walmart, in the cup cake decoration aisle. They fit perfectly. Then I take a bit of homespun fabric and tie up the tops. 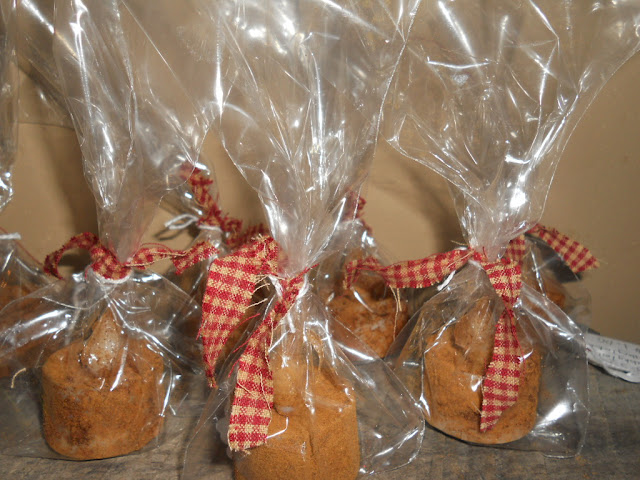 Since I got my battery powered tea-lights at a wholesale auction, I could afford to price them at only a $1.00 each. I love having dollar items in my Booth #555. It kinda gives a little cheapie item you can grab on impulse, but yet looks great for the money. 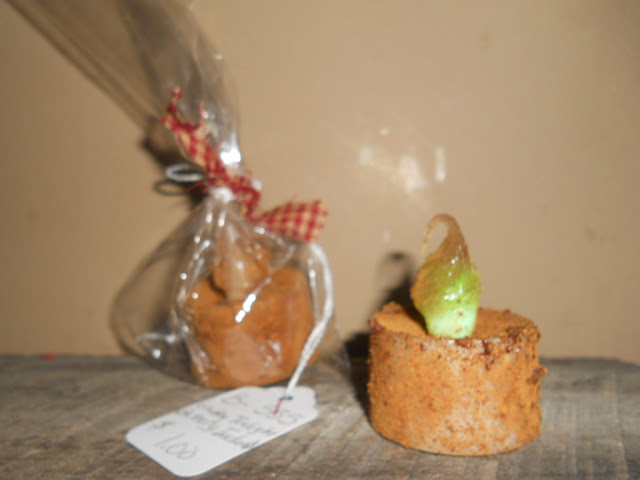 
Below is a photo of these cute little lights in my bathroom.
I placed them in hanging Mason Jars.
And since they were green, they will be awesome night lights around Halloween! 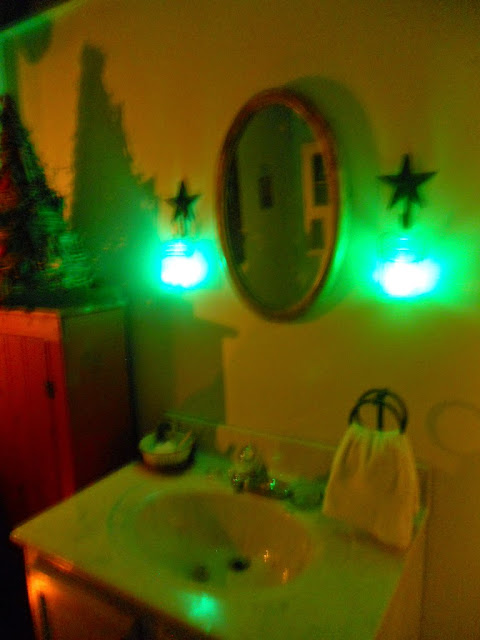