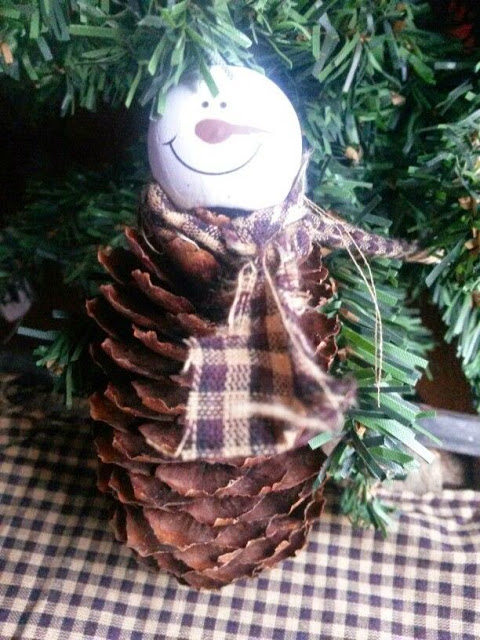 I had an assortment of craft items laying in front of me and I had an "Ah-Ha" moment.  There was a bowl full of snowman heads laying beside a stack of pine cones.  I wandered what the heads would look like on top of the pine cones as ornaments?  And here is how my thought turned out. 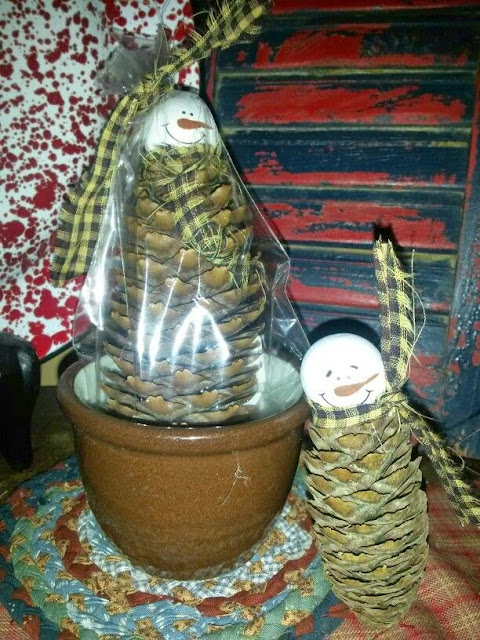 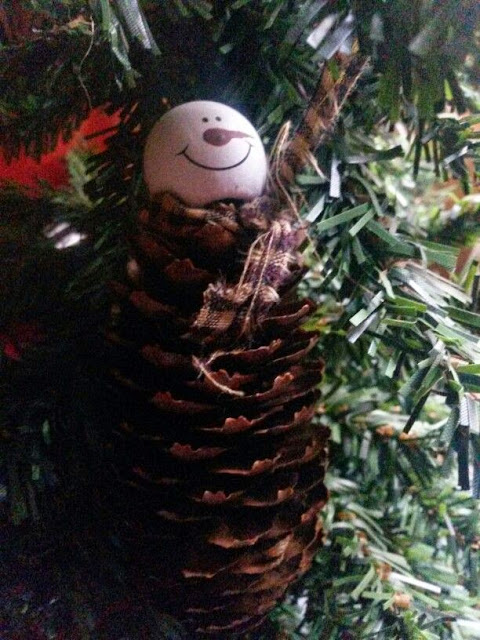 I had these basic pre-painted snowman heads from a previous craft lot I bought at the Dollar Mart, the bag was only $1.19.  I added the long noses and eyes and such.  But if you don't have them, don't worry, you can use those little bags of unfinished beads from Wal-Mart in the craft section. They are the exact same thing. 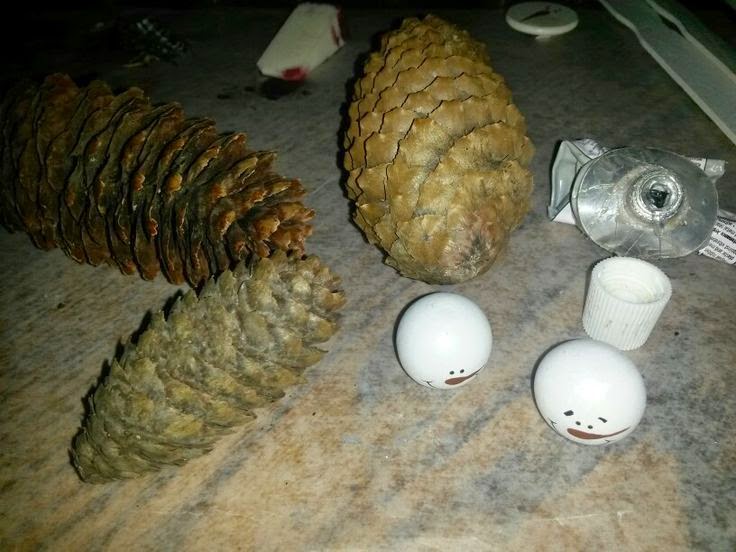 And then just gather you up some pine cones.  These in the photo came from an auction lot and appear to have been on a real tree at once.  But at the Dollar Mart right now, in the fall/flowers section, you can find the bag of fake pine cones of approximately 10 or so, for only $1.19.

And all you really do is take some E6000 glue (also from WalMart- it's awesome stuff) and glue the snowman head to the top of the pine cone. 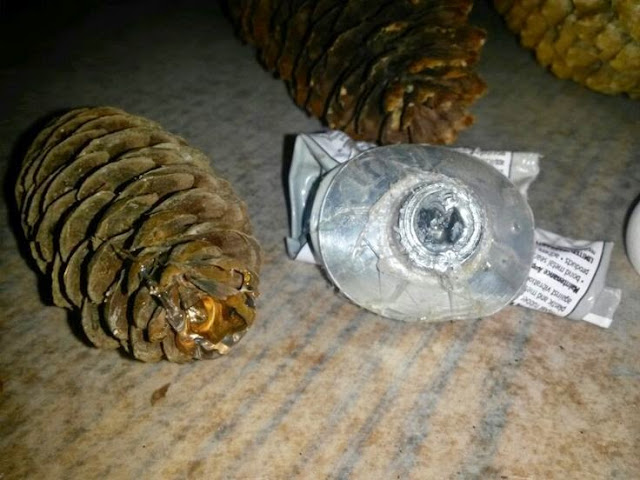 Then just let it dry and add a strip of torn homespun around it's neck to look like a scarf.  Then to be able to some of them hang as ornaments, I tied another piece of homespun around the neck, but left it longer as a hanger.

For the ones I am taking to my Booth #555 at the Peddlers Mall, I put them inside a clear baggie (from the baking section) and tied the top with homespun. 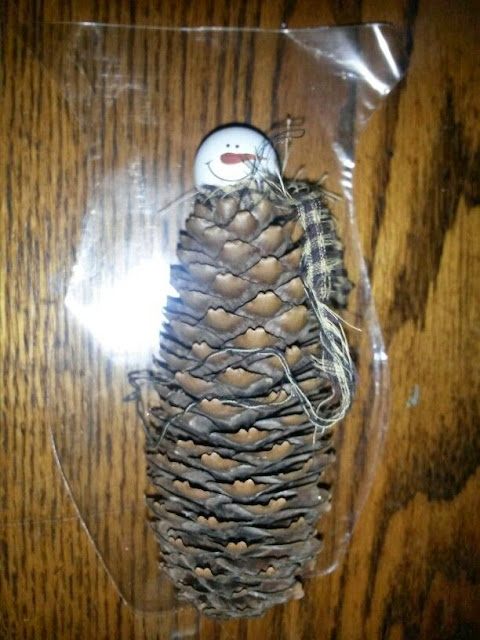 By putting them in a clear bag, it makes for a great way to give as a gift if someone prefers. 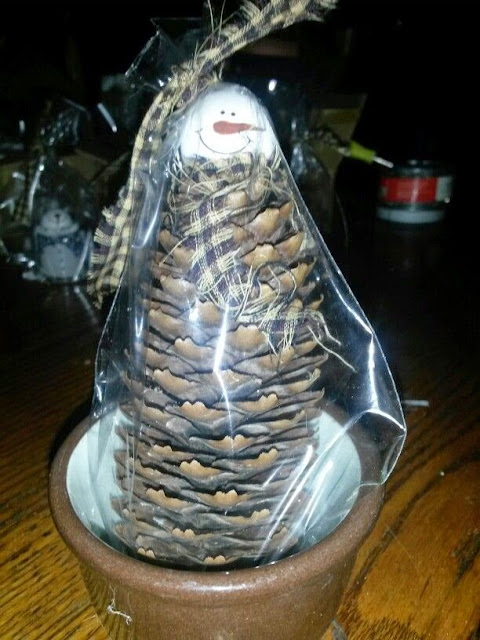 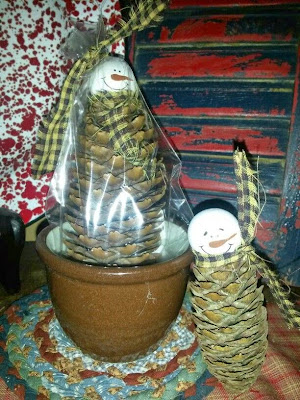